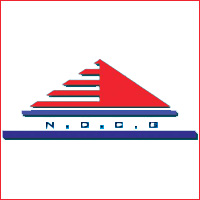 A group of contractors and interested persons hired the Ywama Steel Mill of the No (3), Mining Enterprise, the Ministry of Mines, under a 10-years contract from 1 September 1998 to 31 August 2008, to supply construction materials for the increasing number of development projects in the nation. The group founded the National Industrial Holding Ltd., set up a capital of K 835 million, with the contribution of 33 shareholders, to run the mill. However, due to the national requirement, the mill was transferred back to the State on 31 May 2002. Later, the company joined forces with the interested persons of the Myanmar Construction Entrepreneurs Association and formed the National Development Company Group Limited. The newly formed company is running the trade, industry, construction and services enterprises. The company has been reorganized into a public company, and shares have been sold to the public for two times. It is now firmly standing as the strongest private business organization in Myanmar.